Community Resolve was set up as a non-profit in 2001, initially run by 3 volunteers (including the two current directors). It gradually grew in size and reputation, becoming a charity in 2008. By late 2012, the organisation worked in multiple spheres of social and professional activity across Bristol, SW England, with amazing work being delivered by 30-odd dedicated and highly trained part-time workers from across a range of communities.

Our impact  At the point of closure of our Bristol office, an independent research team was funded by Esmee Fairbairn  to assess our impact across the city – their findings and accompanying commentary can be found here:

What we achieved  During that time, Community Resolve brought many innovations to community relations work in the city, including:

In 2013, in the face of fallout from the global financial crash and unpromising local circumstances, Community Resolve went through a complete change. It shifted from being an organisation rooted in place to becoming a virtual company devising and sharing digital training resources for better understanding and working with everyday conflict across the UK and beyond. We are enormously grateful to all those who worked with us over the years, some of whom are listed below, as their work forms the bedrock of what we do now.

Our thanks, as always, to: 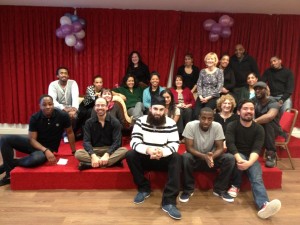